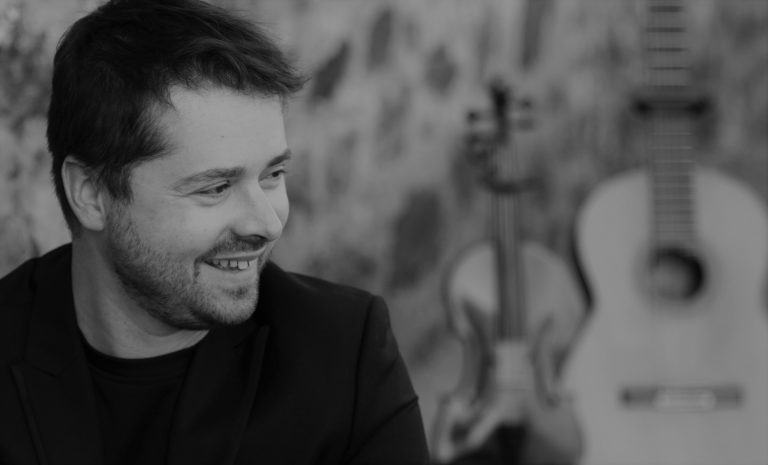 Canadian classical guitarist Sébastien Deshaies was born in Montreal in 1980. At the age of nine, he began his first guitar lessons with Mario Roy. Five years later, he studied the classical guitar at the Trois-Rivières Conservatory of Music with Marcel Benoît and subsequently at the Drummondville college for three more years. He also received further training from Bruno Perron (University of Montreal) and Isabelle Héroux (Laval University).

Three times grant holder from the Quebec Arts and Letters Council for the making of special cultural projects in his hometown.
In June 2012, he produced a series of 8 concerts within 10 days touring with internationally known Italian classical guitarist and composer Marcos Vinicius.
In March, 2013 Sébastien Deshaies becomes the very first Canadian classical guitarist invited to participate in the 24th international Guitar Festival ICPNA in Lima, Peru.

In October 2015, he performed at the Festival Entrecuerdas in Chile.

In addition to his performances as a soloist, he frequently shares the stage with other very talented musicians. Sébastien is also interested in the traditional music of the world in particular those of Québec, Ireland and Scotland.

Sébastien Deshaies has delighted audiences several times in his hometown and throughout the Province of Quebec. He has also performed in the U.S.A, Chile, France, Peru and Mexico.